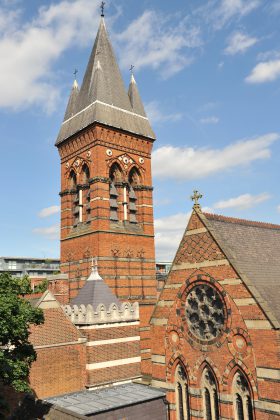 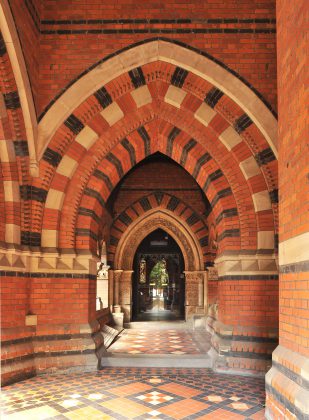 Image 2/6  |  The exotic, polychromy entrance to the church. 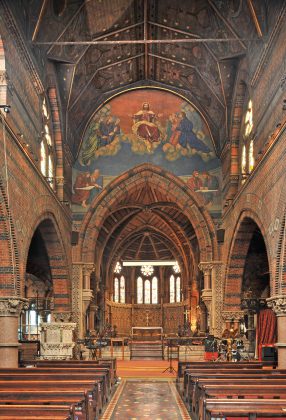 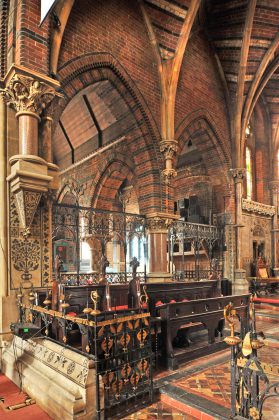 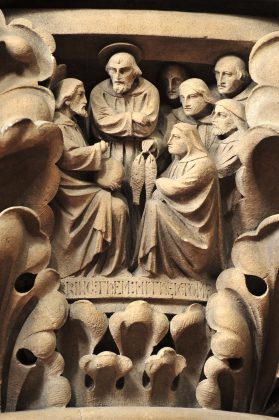 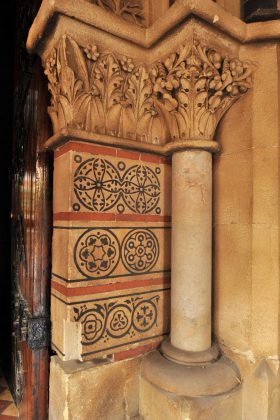 Image 6/6  |  Mastic and carved decoration at the entrance to the church.

St James the Less rose in 1859-61 as a beacon of salvation among the slums of an impoverished part of London. It was conceived as a memorial to Bishop James Henry Monk of Gloucester and Bristol by his three daughters and was to be G.E. Street’s first chance to design a church in the capital. It is one of his greatest and most original masterpieces and, unlike many other important London churches, it was not bombed nor faddishly reordered and so presents the vision of Street and the Monk sisters in all its original glory.

The church was started just as Butterfield’s All Saints’, Margaret Street, was opening and which had made such a compelling case for brick as a suitable material for a major church and also the deployment of structural polychromy. Street had already embraced red brick and polychromy in the early 1850s but here he elevated them to new heights. Red and black brick is exposed both in and out and is fashioned into Street’s very personal reinterpretation of thirteenth-century Gothic, no longer copying English medieval precedent, as was usual in the 1840s, but also creatively using inspiration (not direct copying, it must be said) from continental medieval architecture, above all in the magnificent campanile.

The late Paul Joyce, who recorded the corpus of Street’s work, notes: “A sheer and stern campanile, perhaps the finest Ruskinian steeple ever to rise in Victorian England, stands detached N of the church and groups admirably with the Italianate arcaded school-block which Street added in 1863-6. Its elaborate belfry is crowned by a machicolated cornice and overhanging slated pyramid roof transmuting into a blunt octagonal spire and corner pinnacles.”[i] Street was an inveterate traveller on the continent and absorbed the lessons from the architecture he encountered. Inspiration for elements of the St James steeple have been tracked by Neil Jackson ranging from Tournai Cathedral in Belgium to Italian churches in Genoa, Mantua, Cremona and Verona.[ii] Nothing like it had been seen in Victorian England before.

Internally all the various spaces are separately articulated in line with Ecclesiological precepts. The nave has three sturdy arches to the aisles, with short granite columns and notched brickwork on the heads. The nave roof is covered by a painted timber roof, whereas the chancel is covered by a polychrome brick and stone vaulting to mark its more sacred status. There are a number of remarkable features: a glorious metalwork canopy over the font, the abundant use of inlaid decorative black mastic and the sheer quality of the carving and metalwork. Originally there was a fresco by G.F. Watts over the chancel arch but this was replaced by mosaic in 1880.

The embellishment of St James the Less, both within and out, is firmly intended to illustrate and teach the Christian message. The roundels facing the courtyard between the school and campanile tell the story from the Creation to the Flood. The nave roof, painted by Clayton & Bell, sets out the genealogy of Christ. The capitals of the nave arcades illustrate Miracles (north) and Parables (south), while the pulpit, lavishly carved by William Farmer, deals with scenes of teaching and shows the Evangelists and Four Latin Doctors. In the aisle windows are saints and Apostles (who bear scrolls with their appropriate words of the Creed). Old and New Testament types and anti-types appear in the apse windows. And, rather remarkably, wall-paintings round the apse walls depict all-female saints and Biblical figures (is this unique in a Victorian church?).

The church is normally open 9am-1pm Mon-Fri during the winter and 9-4pm during the summer. But it is always best to ring the parish office 0207 630 6282 ahead of a visit.