RC Church of Our Lady of the Assumption & St Gregory, Diocese of Westminster 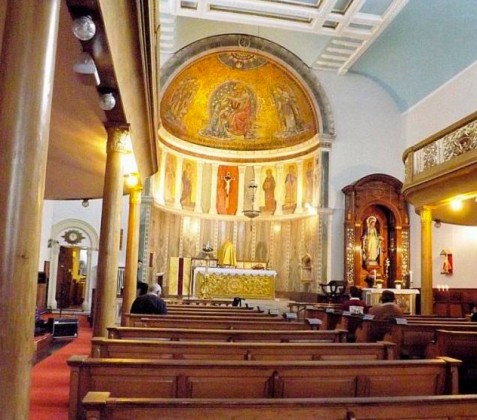 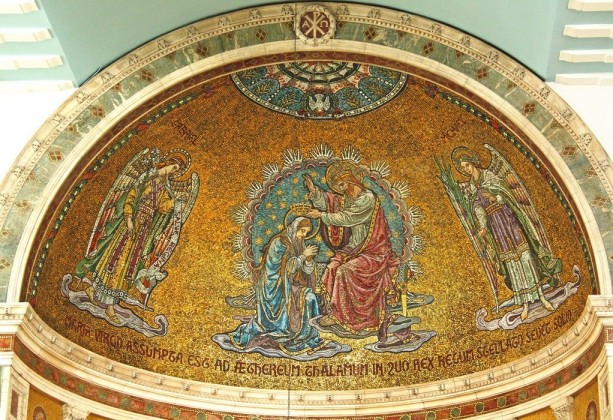 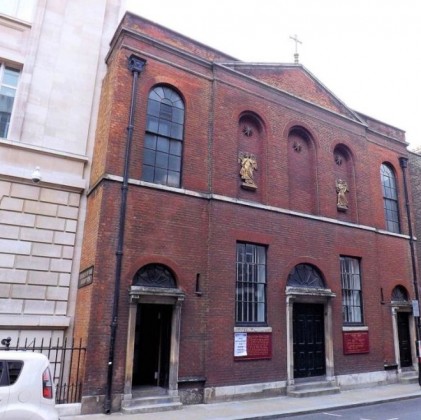 The church of our Lady of the Assumption and St Gregory, Warwick Street, is a unique survival in central London of an eighteenth-century Roman Catholic chapel. Built in 1788 from designs by Joseph Bonomi, it replaced a chapel attached to the Bavarian embassy, which had been sacked during the Gordon Riots of 1780. This explains the unassertive, domestic external character of its successor (the angels are modern). In the 1870s, plans for the transformation of the interior into a Byzantine-style basilica were drawn up by J. F. Bentley, but only realised in part; the interior still largely retains its late eighteenth-century character, with a gallery on three sides. The Bentley work is of high quality, a foretaste in miniature of his work at Westminster Cathedral. Other furnishings include a late eighteenth century font, a large relief sculpture of the Assumption by J. E. Carew (formerly part of the high altar) and an early nineteenth century Neoclassical altar from Foxcote House, Ilmington, Warwickshire.

The church is now the central London base of the Personal Ordinariate of Our Lady of Walsingham.