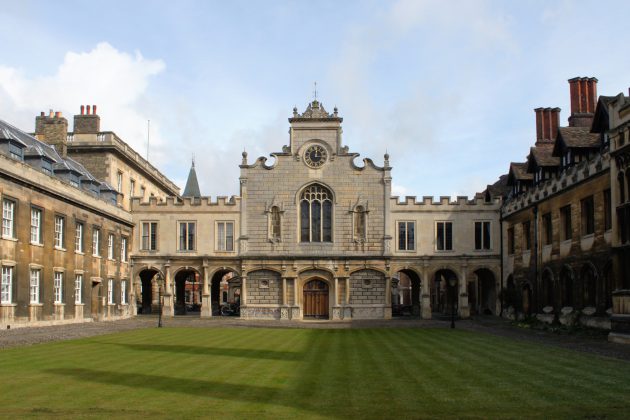 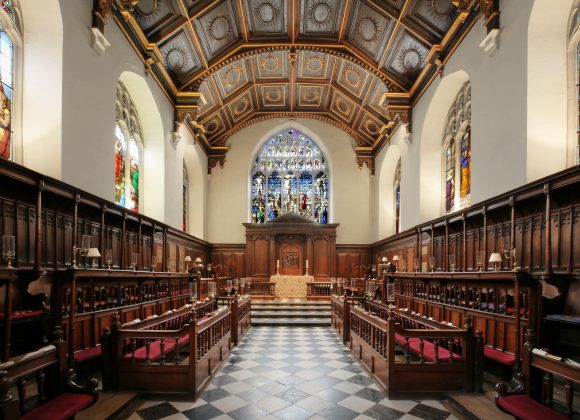 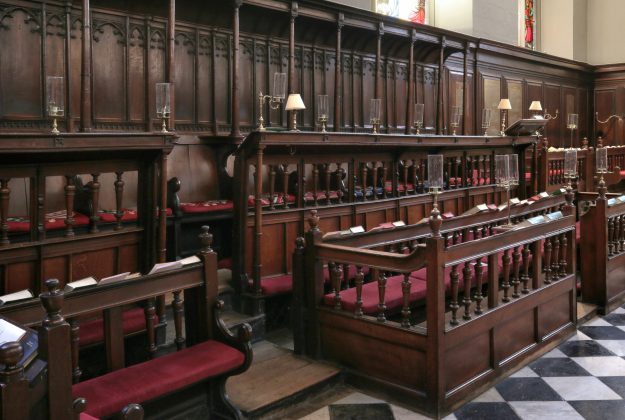 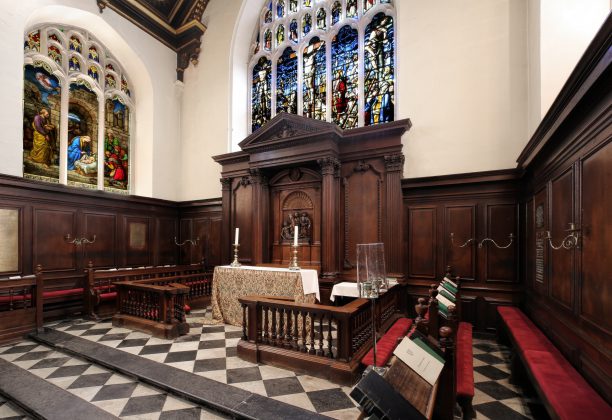 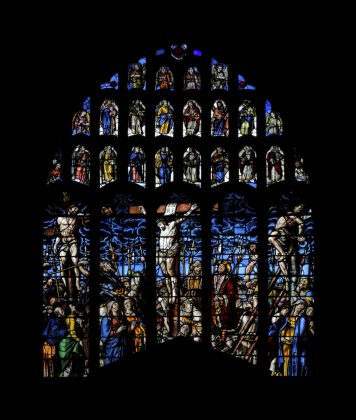 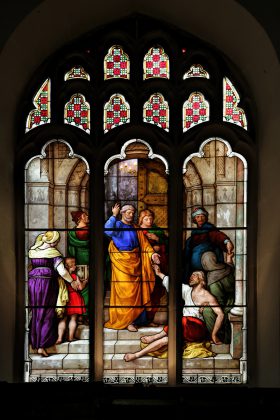 The chapel at Peterhouse, Cambridge was built and furnished by successive Masters of the college, Matthew Wren and John Cosin and was consecrated in 1633. Both were supporters of Archbishop William Laud and his Beauty of Holiness movement and the chapel was intended to be an exemplar of Laudian best practice. The identity of the architect is still debated.

The chapel stands in the centre of east-facing street-front of the college, unlike most college chapels, which are incorporated in the north or south ranges of the main court. Externally, its style is variously described as ‘gothic survival’, ‘Renaissance’ or ‘mannerist’ and sits characteristically within that early seventeenth-century period of stylistic change while demonstrating the strong Laudian attachment to gothic as the appropriate style for worship.

Internally, the original canopied stalls against the walls are still in place, though additional choir seating in front of these has narrowed what was originally a wide aisle. There is the usual Laudian emphasis on the sanctity of the sanctuary, which is raised on steps and paved with black and white marble square slabs.

Unsurprisingly, the chapel and its style of worship attracted the attention of the Parliamentary iconoclast William Dowsing, who made it the first place he visited on his inspection of Cambridge in 1643. He took down the statues of the four evangelists and St Peter from the external niches and, inside, the winged cherub-heads which were in each of the panels in the ceiling, surrounded by a Glory. The fellows of the college had already removed and hidden the magnificent east window, a representation of Rubens’ Le Coup de Lance and they re-instated it after the Restoration.

The Munich glass in the north and south windows was installed during the late 1850s and the panels are arranged in typological themes from Old and New Testaments. They are not to everyone’s taste and are executed in rather opaque enamels which needs to be illuminated from the inside in order to be seen properly.

The reredos dates to c.1732 and is by the Cambridge joiner James Essex snr.. The core of the organ is by Snetzler, begun in 1765, but has been extended considerably.

The fellows of the college are preparing plans for the restoration of the chapel and much worthwhile research into its earliest period has been carried out.