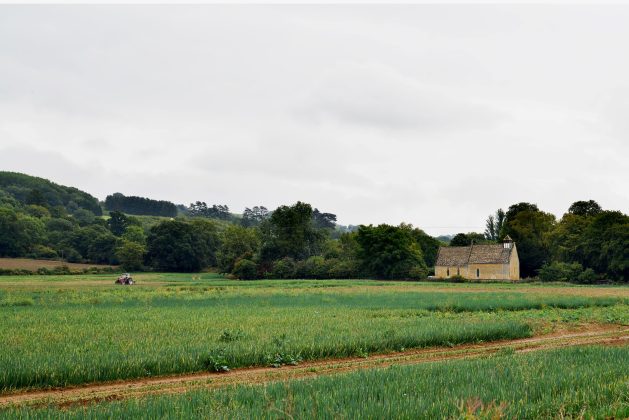 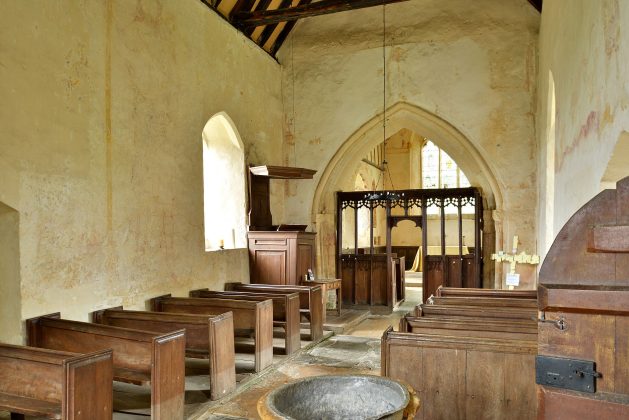 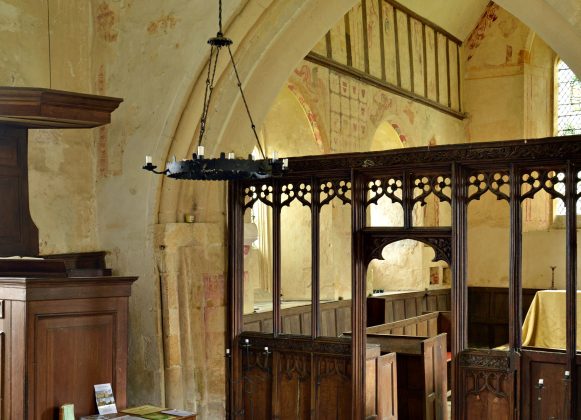 Image 3/5  |  Looking through the screen 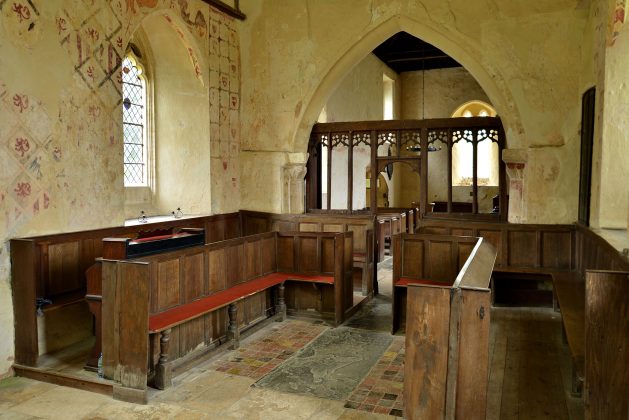 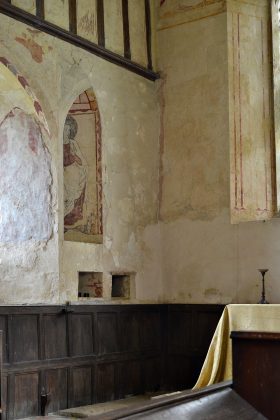 Hailes is a rural hamlet, and there has never been a large population – about sixty people lived here in the nineteenth century. But the church stands opposite the great Cistercian abbey, and it may have acted as a gate chapel in the medieval period, so was possibly quite busy.

The abbey was turned into a great house at the Reformation but is now ruined, and is in the care of English Heritage. At times it is busy again.

The interior is charming, rustic and unspoilt, with plastered walls.

The south side of the screen shows signs of having had a nave altar in front.

On the north wall, you might just be able to make out a giant medieval wall painting of St Christopher, uncovered in the early 1970s. His long yellow staff is very clear. Opposite, not shown in this photograph, is a medieval hunting scene.

As one looks through the screen, there is a surprise – on the chancel wall there is a complete scheme of wall paintings, discovered in 1905.

They are of the same date as the Decorated tracery of the windows, so perhaps 1320–30. The scheme is heraldic, with arms displayed in a grid. Over the windows are grotesque figures (including a flying elephant?). At the top, a narrative scene.

The chancel stalls are early seventeenth century. When built, the stalls went all the way around the chancel, behind the photographer and around the east end and back, and they were like this until the later nineteenth century.

The stalls were used at the communion service. The table would be placed lengthwise down the middle of the chancel, and communicants would sit round it.

After the Reformation, many churches had this arrangement, until the mid and later 1630s when a good number of communion tables were moved to the east end. In the 1680s there was further pressure to make this change.

So these stalls are one of the few surviving remnants of what was once a very common layout. They are rare and special.

Hailes is probably the only place in England where you can sit in rare seventeenth-century communion stalls from the Protestant Church of England, and admire fine medieval wall painting uncovered from its Roman Catholic past. (The painted saint in the picture is St Catherine.)

Hailes has more to be discovered, including medieval tiles, and medieval stained glass.

The little church at Hailes is of exceptional interest.