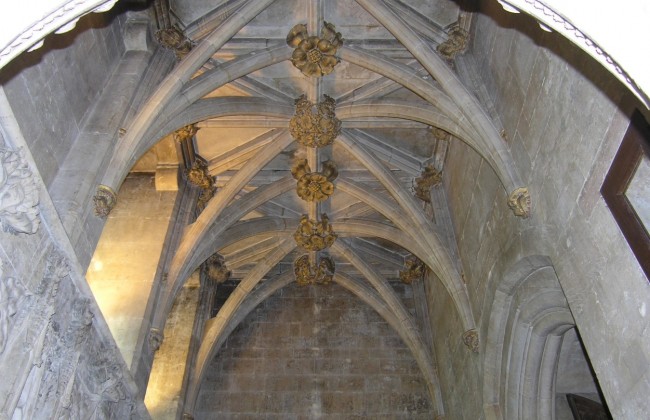 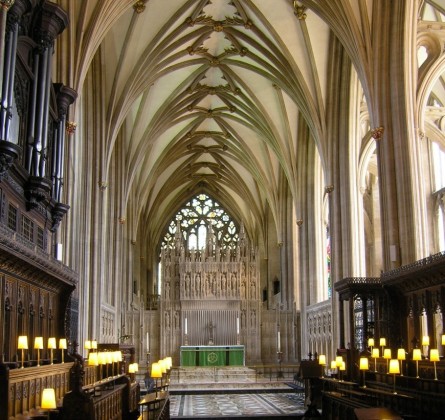 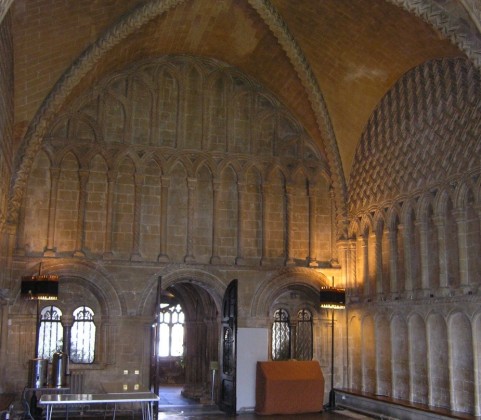 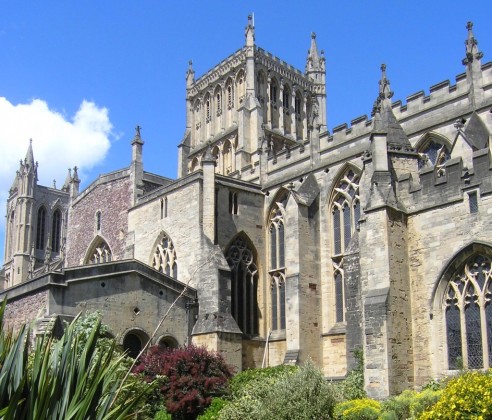 Among England’s cathedrals are larger, grander, older buildings and the cathedral church of Bristol is not one that immediately springs to mind among our cathedrals. It was built as an abbey church, becoming a cathedral by decree of Henry VIII in 1542. The abbot was in the process of rebuilding the nave and aisles when in 1539 the Augustinian monks were ejected and their lands confiscated for the crown. As a consequence of the change in status the west arch of the crossing was blocked, the incomplete work demolished and for over 300 years there was in effect half a cathedral. The medieval architecture is unique, a hall church with the aisles as high as the choir, with the thrust of the main vault carried over the aisles by stone bridges to large external buttresses. George Edmund Street was chosen by the Victorians to build a new nave and he continued the medieval design in spirit in his work which is said to be built reusing the C16 foundations. Two west towers and a rather French gothic west front completed the building. There is much to enjoy in a visit, including monuments with several in the remarkable stellar niches, not one but two Lady Chapels, medieval stalls with misericords, a Saxon sculpture, a delightful C15 candelabrum with delicate figures (which survived the WW2 bombing of Bristol’s Temple church) and from the abbey buildings the well-worn night stairs and a most remarkable Norman room in the chapter house and its vestibule. Just beyond is a recent improvement, a modern refectory catering to visitors where you can take your refreshments into the delightful garden area, a peaceful oasis in the centre of the city. One other feature has always stayed in my memory, the so-called “skeleton vault” in the sacristy, because of its unusual appearance.