Two priceless 15th -entury oak panels that were stolen from the rood screen of a west country church have been recovered by detectives.

The decorative oak panels were taken from Holy Trinity church at Torbryan in Devon in the summer of 2013. Bearing images of St Victor of Marseilles and St Margaret of Antioch, the panels were found by the Metropolitan police’s art and antiques unit after being spotted by a private collector in an online sale. This led to a raid by specialist detectives in south London earlier this year and the recovery of the panels, along with dozens of other artefacts. The rood screen and its panels are particularly precious as they are one of only a handful of such artworks in England that survived the reformation.

The discovery of the screens prompted the police to set up an operation codenamed Icarus, which has led to a treasure trove of other church artefacts, including stonework, friezes, statues, paintings, brasses, misericords, stained glass and bibles, being recovered. Among the items already returned to where they belong are a pair of misericords – mercy seats – that were taken from St Cuthbert’s Church at Holme Lacy in Herefordshire. Saxon stonework has also been returned to another church in Herefordshire, St David’s in Much Dewchurch.

The church itself is unusual because it was built in one phase, between 1450 and 1470, with a spectacular fan-vaulted ceiling, instead of the usual pattern of gradual extension over centuries. Both the carving and the painting of the screen were of very high quality, and the piece is believed to have been a contemporary commission from an unknown master craftsman for the church. See the website here. 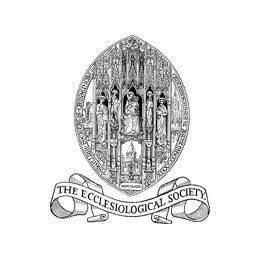 List of historical members of the Ecclesiological Society published 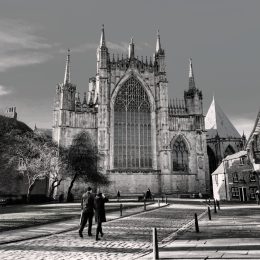 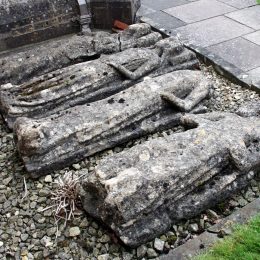 Tell us your news

Have you got a story of general interest about churches?

Want to be the first to hear our news? Sign up below and we’ll notify you by email when we add a new article.